FILE PHOTO: Hafiz Muhammad Saeed, chief of the banned Islamic charity Jamat-ud-Dawa, looks over the crowd as they end a “Kashmir Caravan” from Lahore with a protest in Islamabad, Pakistan July 20, 2016. REUTERS/Caren Firouz/File Photo

The alleged mastermind of a deadly attack on India’s financial capital over a decade ago has been jailed in Pakistan for nearly six years on separate terror charges, his lawyer said Wednesday.

Hafiz Saeed was found guilty of “being part of a banned terrorist outfit” and for “having the illegal property”, his lawyer Imran Gill told AFP.

He is wanted in India for allegedly planning the shocking 2008 attack in Mumbai when 10 Islamist militants armed with assault rifles, hand grenades and other weapons killed 166 people and injured hundreds more.

It took the authorities three days to regain full control of the city.

Lawyer Gill gave no details about Saeed’s conviction apart from saying he would be kept in prison in the eastern city of Lahore.

The firebrand cleric — declared a global terrorist by the United States and United Nations, and with a $10 million bounty on his head — is the leader of the Jamaat-ud-Dawa Islamist charity.

Its militant wing Lashkar-e-Taiba (LeT) is believed by Washington and Delhi to be responsible for the Mumbai attacks.

India has long said there is evidence that “official agencies” in Pakistan were involved in plotting the attack — a charge Islamabad denies.

Move at will
Saeed has denied involvement but has spent years in and out of varying forms of detention in Pakistan, sometimes under house arrest, on various charges.

For the most part, he has been free to move at will around the country, enraging India which has repeatedly called for his prosecution.

His most recent arrest came in July last year. At the time, US President Donald Trump tweeted that he had been detained “after a ten-year search”, prompting derision from cynical Pakistanis.

The US Foreign Affairs Committee also noted then that Saeed had been arrested and released eight times since 2001.

Islamabad, which is widely believed to use jihadist groups such as LeT as proxies against India, has long been under international pressure to crack down on militancy.

“There was nothing to the case really, this was just due to pressure from the FATF,” his lawyer Gill told AFP.

The court’s judgement, seen by AFP, did not specify which banned terrorist group Saeed belonged to or clarify what it meant by “illegal property”, which can refer to money or other property.

There was also no immediate comment from the JuD group, and coverage of the sentence was muted on Pakistani news channels.

He has released an audio statement claiming to be in Turkey. 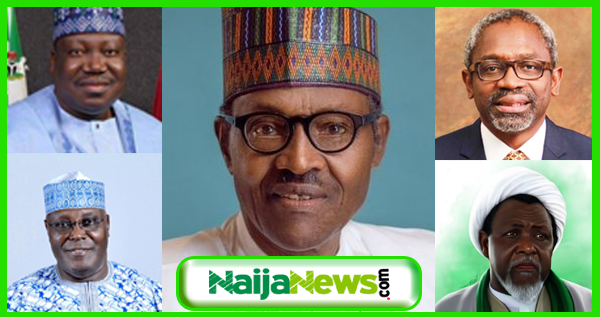